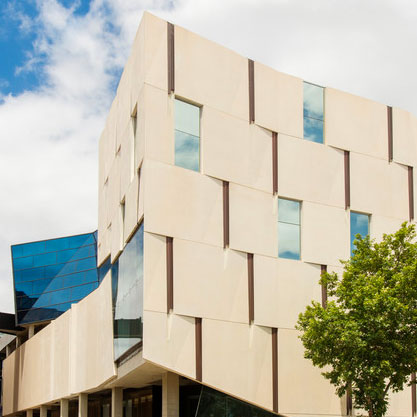 Emeritus Professor Barbara Pocock has been researching work and employment in Australia for more than thirty years. She is an Emeritus Professor in the Business School at the University of South Australia. Her website is: www.barbarapocock.com.au She founded and was Director of the Centre for Work + Life at the University of South Australia 2006-2014, and prior to that was employed in various academic roles at the University of Adelaide in the social sciences. She has also worked at the Reserve Bank of Australia, as an advisor to various governments, on farms, in shearing sheds, as an advisor to politicians, and as a mother. Barbara is a member of the Economic Development Board of South Australia, a Board member of The Australia Institute and a member the Australian Institute of Family Studies Advisory Board. She has presented research findings and keynotes in many countries, and at many Australian conferences and events. She holds an honours degree in economics from the University of Adelaide and completed her PhD there in 1997. Her research has included work, industrial relations, inequality, work and family, pay and pay equity, vocational education. She was awarded an ARC Queen Elizabeth II Fellowship (2003-2007) to study the intersections between work, family and community. Barbara co-convenes with Dr Elizabeth Hill and Professor Sara Charlesworth a ref="http://www.workandfamilypolicyroundtable.org The Work and Family Policy Roundtable . In 2010 Barbara was made a member of the Order of Australia (AM) for services to industrial relations research and for her advocacy of social justice. In 2007, Barbara won the ‘society’ category of The Bulletin’s ‘Smart 100 Australians’. She has been a Dunstan Fellow, a Visiting Fellow at the International Institute for Labour Studies, International Labour Organisation, Geneva, a Visiting Fellow at Ruskin College, Oxford, and a Visiting Fellow at the University of Oregon. 'Time Bomb: Work, Rest and Play in Australia today', co-authored with Natalie Skinner and Pip Williams, is published in 2012 by New South Press. In 2008 she published, with Helen Masterman-Smith, 'Living Low Paid: The Dark Side of Prosperous Australia' (Allen and Unwin). Her 2007 book was edited with Elizabeth Hill and Alison Elliot, titled 'Kids Count: Better early childhood education and care in Australia', was published by Sydney University Press. Barbara's 2006 book was titled 'The Labour Market Ate My Babies: Work, Children and a Sustainable Future'. Her 2003 book was 'The Work/Life Collision. What Work is Doing to Australians and What to Do About It'. Previous books include 'Strife: sex and politics in labour unions' (edited) and 'Demanding Skill: Women and Technical Education in Australia'. Barbara has published many articles and book chapters, and given visiting lectures in the US, Canada, the UK, New Zealand, Switzerland, and China. She is actively involved in policy development and public commentary on work issues in Australia, and undertakes many public contributions on these issues each year. She lives in Adelaide, South Australia, and is a mother of two. Barbara has supervised many Phd students on issues related to work, workplace relations, gender and work, and trade unions. She has also examined many PhDs on these themes. She has been President, Vice-President and Conference Convenor of the Association of Industrial Relations Academics of Australia and New Zealand (AIRAANZ) and a member of the Festival of Ideas Committee in Adelaide. For details of Barbara's publications, see: span id='badgeCont531787' style='width:126px'script src='http://labs.researcherid.com/mashlets?el=badgeCont531787 and mashlet=badge and showTitle=false and className=a and rid=E-9646-2011'/script/span
Close

Research since 2008 is shown below. To see earlier years visit ORCID, ResearcherID or Scopus